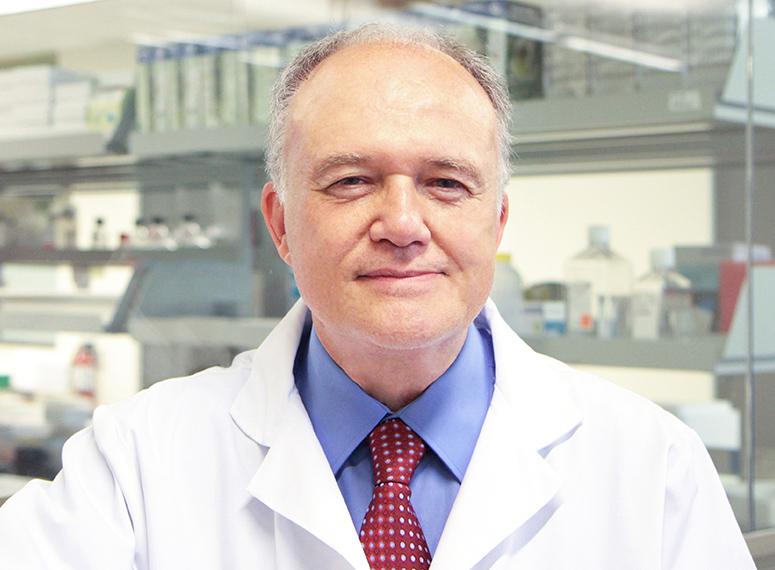 Donald Weaver is a clinical neurologist, medicinal chemist and micropharma (small biotech companies, usually hospital or university-based, focusing on a single disease) founder. His research interests include computer-aided design and synthesis of novel molecules to treat chronic neurodegenerative disorders, with a focus on Alzheimer’s disease.

Alzheimer’s disease (AD) is a type of dementia that results from neuron degeneration and death, and to date no successful drugs that address the root cause of the disease have been identified. The cause of AD is unclear, but two leading hypotheses are proteopathy and immunopathy. The proteopathy hypothesis suggests that the misfolding of beta-amyloid and tau proteins causes neuronal death. The immunopathy hypothesis suggests that microglia, the immune cells of the brain, are overactive, leading to the release of proinflammatory cytokines that initiate the cascade of events in AD; these pro-inflammatory cytokines harm the brain directly via pro-inflammatory cytotoxicity and indirectly by promoting the neurotoxic misfolding of both beta-amyloid and tau. A clear explanation of the root cause of AD is needed to design effective drugs.

Weaver uses rational drug design to develop new therapeutic compounds. He uses theoretical chemistry techniques, such as molecular quantum mechanics, to design and synthesize new drug-like molecules with optimal properties for crossing the blood brain barrier and treating the cause of disease.

He applies this strategy to develop drugs for AD that address both leading hypotheses (proteopathy and immunopathy), as well as drugs for other forms of dementia, neurodegenerative diseases and epilepsy. Weaver’s team also evaluates the efficacy of their drugs after development by performing a variety of biological tests. These tests span the full range of assessments, from efficacy assays to determine the biological activity to “ADMET” assays that measure the absorption, distribution, metabolism, excretion and toxicity of novel compounds.

Weaver’s research aims to explore the usefulness of various therapeutic approaches and develop new compounds to treat neurodegenerative diseases. Over the years, the Weaver lab has produced a number of compounds that have gone through preclinical and, in some cases, clinical testing. Their insights will help direct the design and development of future compounds as potential therapeutic agents.

Weaver is focused on both basic and translational research. Through his research and teaching, he aims to promote medicinal chemistry efforts in Canada. He has designed two drugs that have reached Phase III human trials and has two others in preclinical development; one of these drugs (tramiprosate) was one of the first “disease-modifying” drugs to reach Phase III trials for Alzheimer’s dementia. Weaver has published numerous peer-reviewed papers and a popular medicinal chemistry textbook, holds 27 issued patents with 62 patents pending, and has founded eight start-up biotech companies.